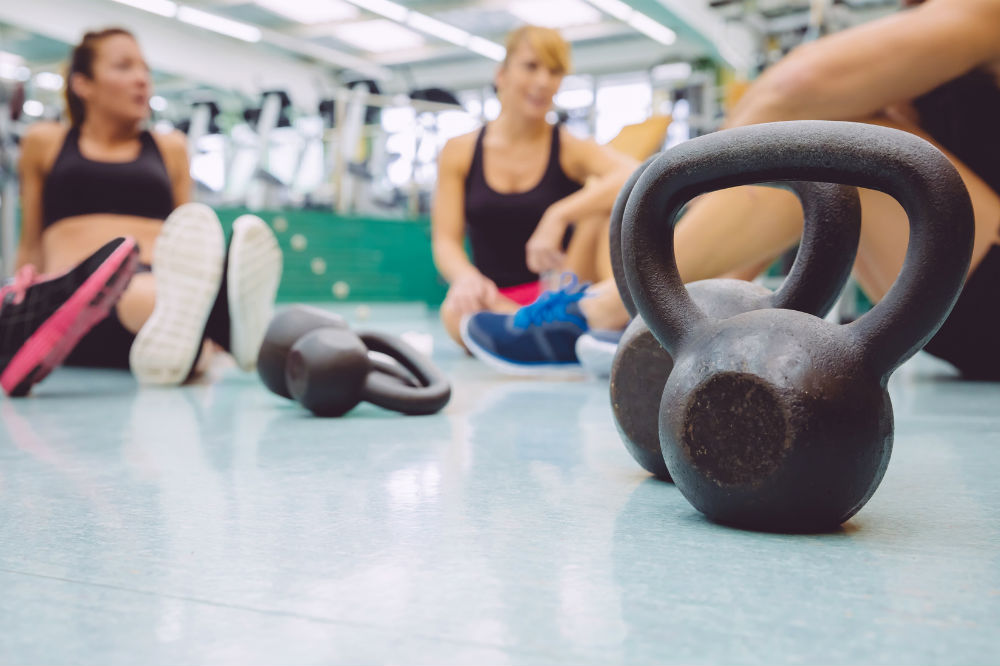 This kettlebell workout has been proven to burn a high number of calories while engaging all of your major muscle groups.

In addition, many of your stabilizing muscles will be engaged as well. For these reasons, this is an advanced kettlebell routine that can be used to help encourage weight loss.

Our Top Pick For Kettlebell Exercises 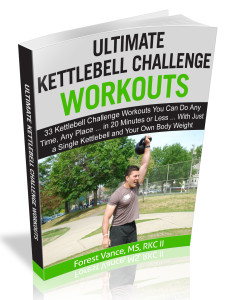 Everything you need to know about using kettlebells effectively, in one place!

Kettlebells have been in use in Russia since around the early 1700s. In 1948, they were considered the national sport of the Soviet Union. For all the attention kettlebell training has been received in the last few years, you would think they were an entirely new concept.

However, they’re definitely not- no matter whether you look at them as tools for fitness, tools for entertaining, or even measuring devices (the Russian farmers often used them to gauge the weight of their goods to take to market).

Their cumbersome shape gives them the unique ability to build up your endurance, strength and flexibility all at the same time. That being said, these are typically the weight of choice for the more advanced trainer and should be used with care- especially those who are struggling with back problems or have little to no core strength.

There is a short warm-up routine that is used at the beginning of this workout to help make sure that your muscles are warmed and ready for this advanced workout. You can use a jump rope to get your heart rate up. If you don’t have a jump rope, you can do a body weight exercise such as jumping jacks. Then, you should do some stretching movements of the muscles of your upper body.

There are eight kettlebell exercises in this advanced routine. You will go through the entire circuit twice. Go through all of the movements once- rest a minute or two- and then go through it again. The entire thing will take you less than thirty minutes- twenty-seven to be exact. If you are a beginner, we caution you against trying this one. You only want to do this if you are experienced with kettlebells.

This is one of the most common kettlebell exercises. It targets your core, glutes, and hamstrings. However, the truth is that there are not many muscles in your body that won’t be part of this movement.

This movement effectively engages your upper body and requires that you maintain just enough control of the weight so that while maintaining a 90-degree angle with your elbow, pull it back towards yourself before forcefully pushing back to drop into a full one-arm swing.

Speed up the motion of the traditional figure-eight curl. This will turn it into an anaerobic exercise that will also challenge your core.

This is a quite painful adaptation of the squat jack. After all, this movement is not made any easier when you’re maneuvering a kettlebell from the inside of your thigh back to the outside.

If you’re not an experienced kettlebell trainer, you should skip this move until you are more familiar with the ins and outs of the kettlebell. Otherwise, you could end up with one landing on top of your head. This is the perfect example of a full body exercise.

Everyone absolutely loves doing burpees, right? Therefore, we couldn’t think of anything better than a bodyweight burpee- except one that incorporates a kettlebell clean at the top of the movement.

Your lower body, core, and upper body all work together to pull this movement off. You’ll not only be burning fat- but building up your flexibility and muscle coordination.

This movement will challenge your overall core strength because it is one of the top five core exercises you can do. You should only do this movement if you already have extensive core strength.

This advanced kettlebell workout will take you less than thirty minutes- twenty-seven to be exact. You will burn at least 270 calories and up to 470- depending on a variety of variables that include your bodyweight, gender, level of exertion you put forth, and your lean muscle mass.

As we said in the beginning, you will do this entire circuit twice. Go through it entirely once- rest a minute or two- and then go through it a second time.

Our Top Pick For Kettlebell Exercises

Everything you need to know about using kettlebells effectively, in one place!